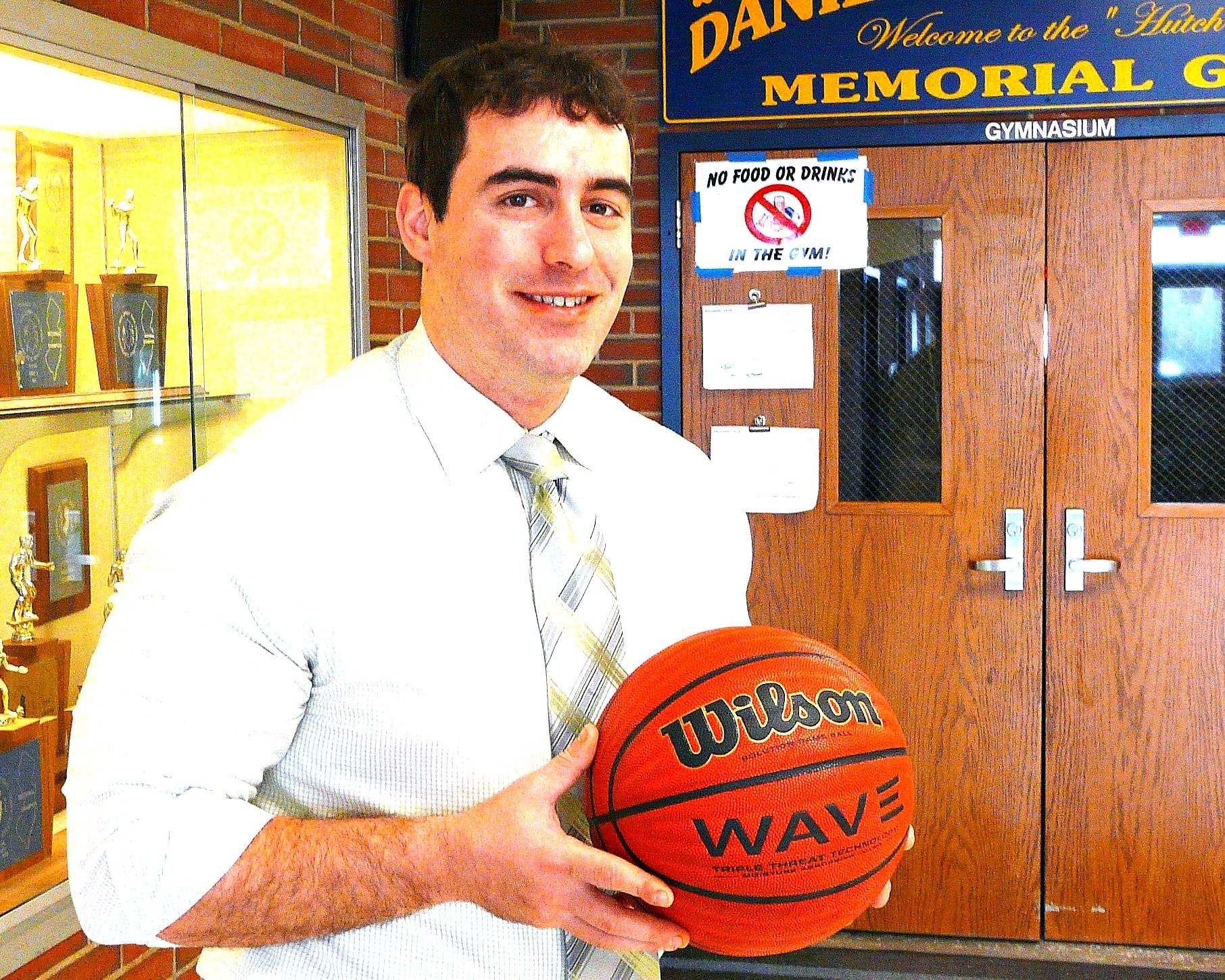 As a former North Hunterdon High School standout basketball player, Mike DePaolo was a three year varsity winner, senior co-captain and a First Team All-County and All-Conference athlete. He went on to play one year at Lasell College (Newton, MA) before finishing his career at Mitchell College in New London, CT.

As a senior, Mike played in all 23 games, ranked second on the Mariners team in scoring at 14.7 points per game, and was an NECC All- Conference Honorable Mention. He also led the team in field goals made (116), three-point field goals made (50), three-point field goal percentage (.397), free throw percentage (.803) and minutes played (29.3). He was ranked among the conference leaders in scoring (10th), free throw percentage (2nd) and three-point field goals made (6th). At Mitchell College, Mike is still ranked in the top 5 for 3 point shots made! My son, Frankie, is in absolute awe. In 2010, Mike was the recipient of the Alumni Excellence Award, which is given annually to a Mitchell College male and female graduate who achieved the highest degree of competence in sports, while also attaining outstanding academic records.

I was lucky enough to see Mike in action while he coached my youngest, Tommy, during last year’s United Basketball season. I witnessed a wonderful coach in action, and it was such a pleasure to watch! A part of Hunterdon United Basketball from 2010 until 2019, Mike has been coaching athletes ranging from grades 4 through 11. Through United, Mike coached many players that went on to compete at the college level, including one Division I player at West Point.

Mike is currently the Head Varsity Boys Basketball Coach at Delaware Valley Regional High School. At Del Val, he just finished his 4th year of coaching, all the while teaching US History, Economics, Criminal Justice, and Human Rights and Genocide. Mike is currently pursuing his administrative degree so he has the opportunity to become Athletic Director or part of the administrative team!

Over the past four years, Del Val Basketball has accrued 59 wins, surpassing the previous 4 year win mark of 44 wins. Del Val won the Skyland Conference Valley Division in 2016-2017 for the first time in 10 years and won its first state game in 12 years during the 2018-2019 season. Four former Del Val players are now playing college after being a part of Mike’s basketball program. There is a very, very bright future for Del Val basketball and the middle schoolers coming up!

Mike’s wife, Catherine, is also a staff member at Del Val as well as an alumna. In addition to expecting a daughter this fall, they have two sons, Mason and Logan, who attend Holland Township School and participate in flag football, soccer, and tee-ball. “Working and living in the community has been a rewarding experience,” says Mike. “It has given me the opportunity to experience how welcoming, tight knit, passionate and strong the Del Val community is and it is my pleasure to be a part of it.”

I know that my 8th grader cannot WAIT to start playing for Mike. If you would like to take advantage of his instruction, don’t forget to sign up for this summer’s DVR Basketball Camp, July 6th through the 10th. Download the basketball form at https://www.dvrhs.org/domain/991.  There will also be opportunities to train with upcoming players during the summer.  Please email Coach Mike at michaeldepaolo@dvrhs.k12.nj.us if interested!